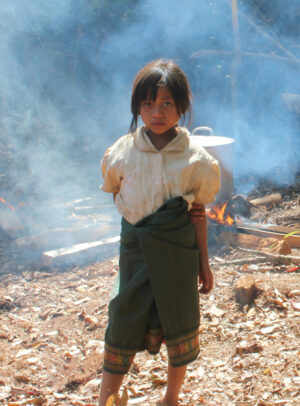 4.3 million people die each year due to household air pollution in globally, (WHO, 2012).

Many people in Lao PDR still cook on open fires with iron tri-pod pot supports, three-stone fires, and other traditional devices. These families rely on firewood and charcoal as their main source of fuel. This inefficient solid fuel burning on open fires or poor quality cookstoves leads  to increased indoor air pollution, and increased health risks for those who have long exposure to the smoke generated, predominantly women and their young children. 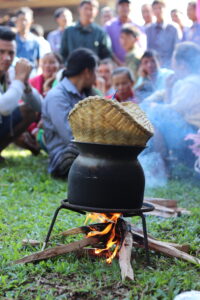 Studies conducted in Lao PDR presented a strong correlation between high levels of indoor pollutants, respiratory diseases and other deadly illnesses in women and children. There were also higher levels of nitrogen oxide and particulate matter in those houses using wood- burning stoves. (World Bank, 2013)

According to data provided by the World Health Organisation (2012) 47% of deaths from ischemic heart disease, stroke, lung cancer, chronic obstructive pulmonary disease (over 18 years) and acute lower respiratory infections (in under 5’s) were attributed to indoor air pollution. 63% of approximately 2,800 child deaths due to lower respiratory infections is attributable to household air pollution.

Civitas in partnership with C- Quest Capital LLC, and the support of Ministry of Natural Resources and Environment (MONRE)  are in the process of installing and monitoring the use of a more energy efficient cookstove model to an initial target of 100,000 households across Lao PDR. These cookstoves have a ceramic chamber and are equipped with a refractory metal liner on the inside of the combustion chamber that protects the ceramic insulation. As the combustion chamber is well insulated and durable, the chamber forces the gases to mix with the flames, which decreases harmful emissions and heightens fuel efficiency. 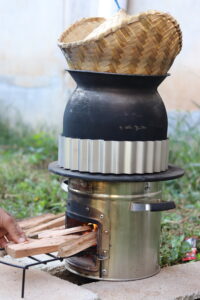 So far more than 20,000 households have received one of our improved cookstoves, distributed in partnership with the World Vision AHAN project (Accelerated Health and Nutrition). These improved cookstoves have significantly reduced the amount of carbon dioxide produced, 2-3 -tonnes less per cookstove per year, amounting to more than 50,000 tonnes saved in the first year of implementation.

These cookstoves use half the amount of firewood, which in turn produces less smoke and reduces the time needed to collect firewood. They also reduce the risk of falling into an open fire. 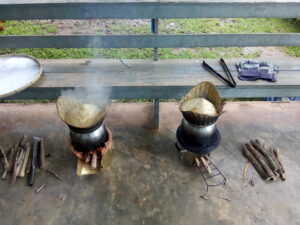 Civitas is committed to improving health and believes in clean, sustainable energy for all. For further information email us at info@civitas-consulting.com